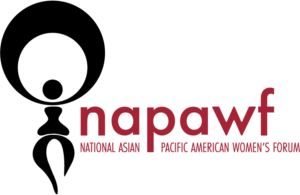 Condemn Hate and Violence Against Asian American Women
“We are appalled, devastated, and angry at the violence in Georgia that has taken eight lives, six of whom were Asian American women. Many NAPAWF members and staff are especially shaken because they or their family members work in the service industry and have already been experiencing increased racism at work because of COVID-19. We mourn with the families of the victims, with our Georgia community, and with our broader community as the effects of anti-Asian racism are felt across the country by all of us.

While officials now have announced the shooter’s motivations were based on a “sex addiction” and not racial bias, we know firsthand that sexual violence, sexism, and racism are intertwined for Asian American and Pacific Islander women. In the wake of COVID-19, racist scapegoating have fed this sexist fetishization as part of the spike in the incidents of hate.

We must call this moment what it truly is: white supremacy, anti-Asian racism, sexism, and sexual violence against Asian American women. More than 68 percent of reported incidents of anti-Asian harassment and violence have been from women, and new polling commissioned by NAPAWF has revealed that nearly half of AAPI women have been affected by anti-Asian racism in the past two years. Racism intertwined with sexism has always been a part of our lives — this horrific mass shooting laid bare what we used to face unnoticed.

We need a response to these attacks that centers Asian American women and elders. Intentional centering of women and elders must result in true aid, community support, government support, and an emphasis on our lived experiences, so that relief flows to those who need it most. We do not need more law enforcement – time and time again, more law enforcement did not lead to protection and safety. It instead leads to more violence aimed at and control of Black and Brown communities, including our own community members.”

Send a message to your elected officials: The federal government, state, and local community responses to incidents of AAPI hate must be intersectional and responsive to the needs of Asian American women and elders.